The European Dynamo project, coordinated by the UJI, starts its activity with a first meeting of partners and collaborators in Castellón

The Horizon Europe Dynamo project, coordinated by the Optics Research Group of the Universitat Jaume I of Castelló (GROC), has started its activity with the first meeting of the international consortium, formed by fourteen partners and associated entities, which have met this week at the public university of Castellón.

The Dynamo project, approved by the European Commission within the framework of the European Union’s research and innovation programme, Horizon Europe-EIC PATHFINDER, has a total budget of nearly three million euros over four years.

Nowadays, we are surrounded by screens and imaging technologies are ubiquitous: they help us to monitor our health, to explore our environment and our telecommunications. However, there are a large number of processes in nature that are too fast to be recorded with conventional cameras, but the technology to be developed in the Dynamo project will contribute to a quantum leap in that direction. To do so, it will create new spatial light modulators based on opto-acoustic coupling that will overcome the current limitation of the refresh rate of devices.

The idea is based on sending all possible device patterns simultaneously, encoded in a pulse of a few nanoseconds, thus changing the modulation of the light beam from sequential to parallel. In this way, Dynamo would achieve in four years an innovation equivalent to the progress made in half a century in computer data processing, but transferred to the field of images. The data processing of the first electronic computers had a clock frequency of 100 kHz in 1945 and reached 1 GHz in 2000.

The partners and collaborators also had the opportunity to get to know each other personally during the meeting and also took advantage of their stay in Castellón to participate in the Congress on Emerging Topics in Acoustic and Mechanical Metamaterials organised by the European Society of Mechanics (Euromech). 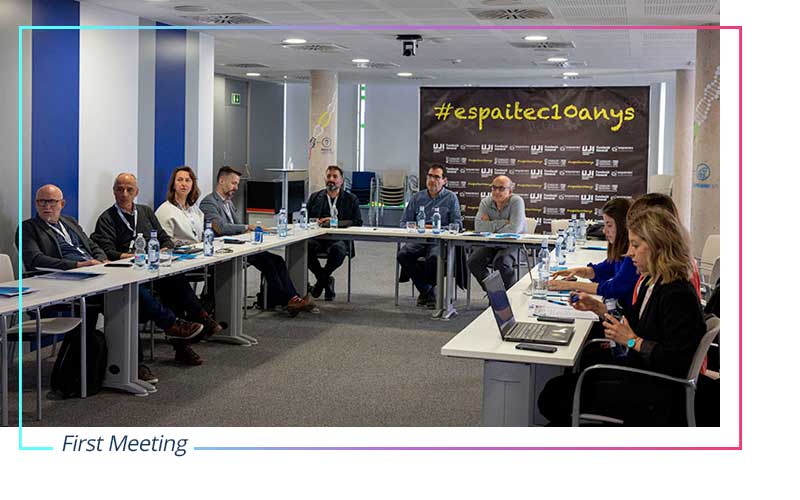 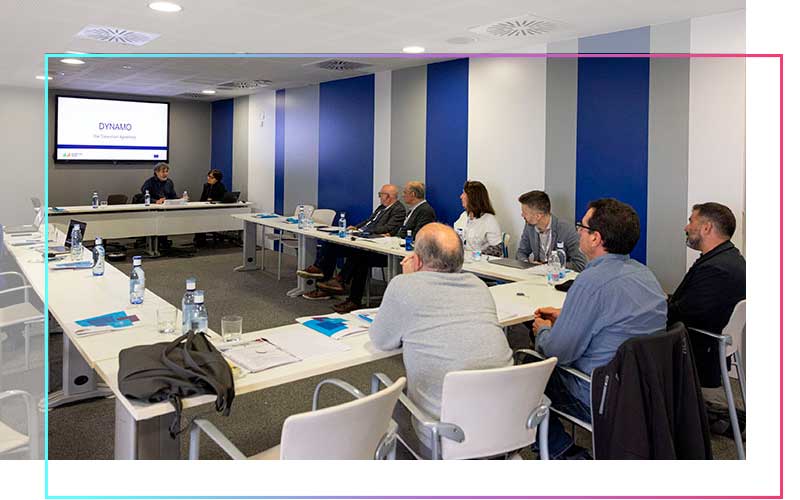 In addition to the UJI as coordinator, the consortium is made up of the State Agency of the Spanish National Research Council (CSIC), the National Centre for Scientific Research (CNRS) of France, the Imperial College of Science, Technology and Medicine of the United Kingdom, the University of Science and Technology (AGH) of Poland, and the Universitat Jaume I-Business Foundation as an affiliated entity.

The consortium has a number of associated partners: the European Association of Development Agencies (EURADA) from Belgium, the Foundation for the Promotion of Health and Biomedical Research of the Valencian Community (FISABIO), the Valencian Institute for Business Competitiveness (IVACE), the Finnovaregio association, the Institute of Electronics, Microelectronics and Nanotechnology of France, Holoeye Photonics AG and the Sorbonne University.